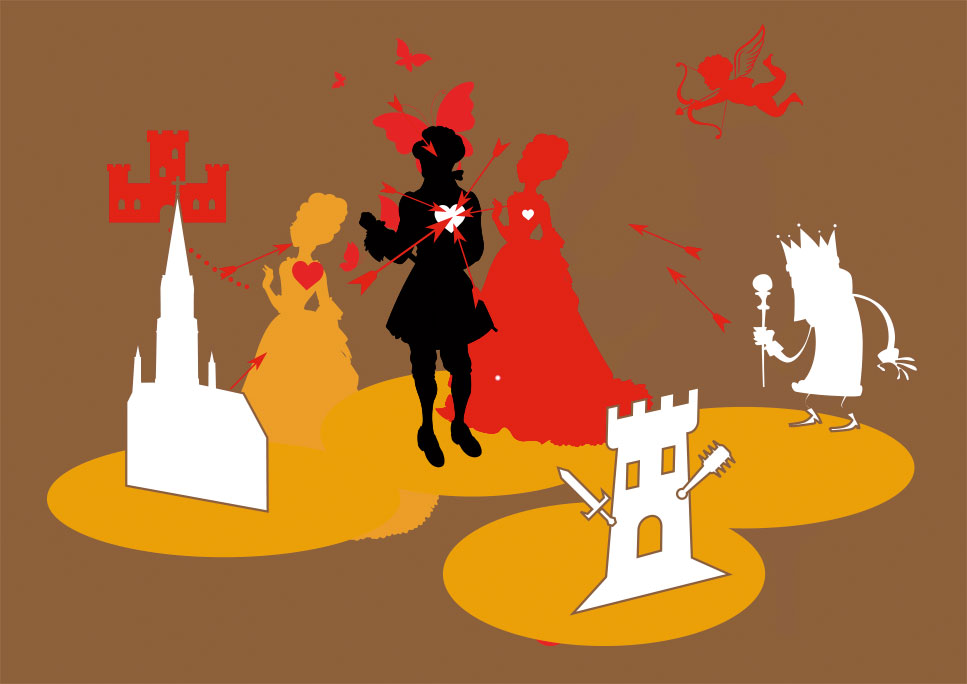 In this novel, written in 1872-3, Hardy describes how two young people met in a remote place in England’s South West, somewhere near Plymouth. Elfride Swancourt lives with her widower-father in a small village, where he is the local parson. Seeing his chucrh being in need of repair, he asked a relation in London to come over and make a plan for restoration. But his man in London sent a young assistant. This Stephen Smith almost immediately fell in love with Elfride, and she with him. Her father was pleased with the young man, thinking he was a descendant of a local family of gentry. He asked him to return during summer time. Stephen did so, but first kept from him that he is the son of the local stone mason. When he told the rector this, he was met with disapproval, being told he had acted dishonourable by keeping this information from him, Mr. Swancourt. This happened just before the lovers wanted to asked him his permission to get engaged. But now he refused. His daughter did her best to convince him that Stephen was the only one for her, and that he had more or less silently agreed with her being together with him, unchaperoned. He told her to forget Stephen. He implied he had another plan for her. Now Stephen had to leave the Rector’s house where he was staying. The night before he would return to London, he and Elfride made plans to get married as soon as possible and without her father’s consent. They would go to Plymouth. When the day arrived, Elfirde made sure she was allowed by her father to travel to Plymouth alone. When she met Stephen there, he said he had a licence to marry her, but only in his London parish. He asked her to come with him… she agreed…

The events leading up to this crucial ‘honour event’ can be categorized as an example of the figuration of Refusal. This is one of the five figurations that exists of elopements. In the Dutch Republic during the early modern times, about 43 of elopement cases took place along the pattern of this figuration. Some characteristics: the lovers are young adults, sometimes even minors; they had time to get to know each other better; their being together was allowed by especially the parents or guardians of the young woman; they were almost sure that they would give their consent; possible impediments like a subtle difference in social class, in ancestry, in wealth, in prospects where dismissed by the pair as rather inconsequential. But the parents or guardians nevertheless refused to give their consent. This ‘Refusal’ was met with incredulity and anger. This ‘honour event’ prompted an honour reflex because the pair had promised each other to marry and felt morally obliged and very willing to do so, thus putting their honour at stake.

BUT.. then arriving in London, Elfride was so anxious about their decision to go to town that she implored Stephen to return to Plymouth and to her father. He brought her back. Her father happened to be out, even writing her that he would come home later that afternoon when she came back. Her absence was not remarked upon because she must have stayed with a friend in Plymouth before, shopping there. Then her father returned accompanied by a woman: the rich Mrs. Troyton whom he had just married secretely. Stephen thought it better to move to India for a year to return a richer and more mature man. The two promised to be true. They were looking forward to the moment he would ask her father for her hand in marriage.

Her stepmother was cousin to Mr. Harry Knight, who entered the story as a highly regarded friend of Stephen. The Swancourts met him during a visit in London. Perhaps encouraged by her stepmother, Elfride fell in love with the sophisticated Mr. Knight. But she could not forget Stephen. When he returned she did not meet him; she was the already engaged to Mr. Knight. A village woman who had seen the pair coming from London from their secret voyage, the grieving mother of a son who had loved Elfride but was accepted by her and  subsequently died, threathened Elfride to make her scandalous conduct known. Elfride became more and more troubled about her adventure with Stephen, for whom she still had some feelings. She found it hard to tell Mr. Knight about him. He had formed the opinion that he only could love a woman if he was her first amant. She promised to tell him one day: “It is about something I once did, and don’t think I ought to have done.” Then Hrdy remarked: “This, it must be said, was rather a mild way of referring to a frantic passion and flight which, much or little in itself, only accident had saved form being a scandal in the public eye.” (p. 304). But she did not tell him then, only when Stephen returned and when she by accident uttered some words, Mr. Knight became more curious and wrangled the story from her, leaving him in serious doubt about Elfrie’s suitability to become his wife.

By returning to her father from London, thus not marrying Stepehen, marks the fact that the power balance between her and her father was stronger than that between her and Stephen. Hardy himself names Elfride’s escapades as an ‘elopement’ (p. 139), but her running away was not concluded by a marriage. The honour event of her returning marks an honour reflex in the course of the honour proces. The process of meeting, falling in love, wanting to get married, spurned by her father, going away, was prompted by feelings of honour and reactions to honour challenges, in order to uphold the good name and reputation of all concerned. That induced and caused this string, more than feelings of love, because this process knew more participants than only Elfride and Stephen: her father, his parents, Stephen’s friend Mr. Knight, the village, the local Lord Luxxellan and his family, the domestic servants, and Mrs. Jethway, the village woman who could ruin Elfride by telling the world about her escapades in London. These reflexes show us how honour plays a decisive role in the conduct of those participants. As a cloud hovering above their actions hangs the honour discours, that source of knowledge and discussion on how properly one had to behave. Regularly Hardy refers to this, making clear how Elfride acts or should act, how Mr. Knight behaves or should behave, thereby naming the scandal, the shame, the honour that is at stake. He explains subtly how often imaginary felt consequences by the participants influence their behaviour, endeavouring to conduct as is ‘required’ by the honour discourse. The fact that Elfride in London decided to return to her father and explain to him everything, and thus hoping to clear her mind and receive his forgiveness, shows that the power balance tilted in favour of her family and of ‘society’ in general: admitting a mistake is a proper thing, leading perhaps to punishment but also to forgiveness and reconciliation. This act in itself is highly honourable. If she would have married Stephen, she would have lost her father’s care and love, and would thrown her into a future alone with him in a strange town.